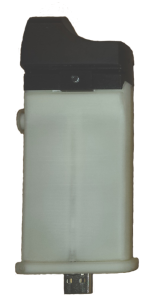 The Geometer is an orientation device intended for use on Distance Sampling surveys. It allows the user to accurately sight on a target and measure the inclination (pitch), lateral (yaw) and roll angles to the target at the press of a button. These data, along with the exact time of the measurement, are written to a text file for later use. The above image is of version 1 (V1) of the device.
The Geometer uses a red dot sight to enable the user to accurately sight on the target. The device operates with Windows software and several Geometers can operate using one computer. 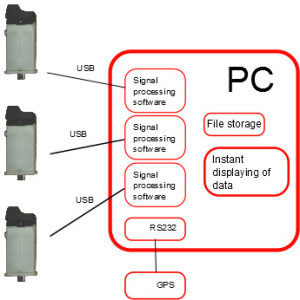 Here is an example of an output file:

The advantages of the Geometer over an analogue or digital clinometer include:

The Geometer V1 has all ready been used successfully on an aerial whale survey by the Icelandic Marine Research Institute with good results. Based on the results from that survey, a new, improved version of the device is being developed.

The Geometer is under development and cooperation with potential users is welcomed for the next version, V2.